Xcalibra version 1.14 has been released.

The primary goal of this release was to add functionality in support of the new phone verification requirement. New users will be asked to supply their phone number during KYC 1 check, while existing ones will be able to submit their number straight from the main UI. 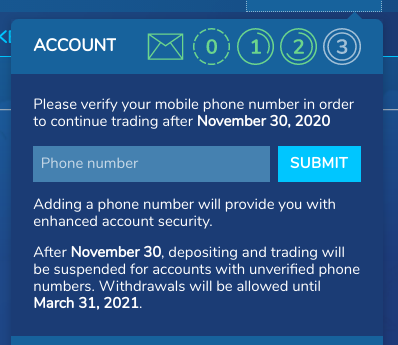 We also made a number of internal improvements (for example, faster load times when you first load the exchange) and smaller bug-fixes.